Can Peptide Therapy Improve Athletic Performance? We Explain How… Can Peptide Therapy Improve Athletic Performance? We Explain How…

Athletics is an ever demanding field, which to succeed, you must be stronger and faster than your opponents to win. Let alone have the endurance to drive such speed and strength. Whether it’s high school, college, or pro-athletics, it becomes increasingly more competitive and challenging to stand out against the pack. With improved diet regiments and increased implementation of biomechanics and sports knowledge, athletes are becoming greater than previous generational athletes within their sports. Just last year, Kipchoge became the first person to run a sub 2:00 hour marathon (a feat otherwise thought impossible); and he’s not the first athlete to pave the way for accomplishing impressive athletic feats. Knowledge has empowered athletes and their trainers to utilize only the latest and greatest programs, gear, supplements, etc.

While improvements in sports gear have been at the forefront of sports marketing, supplements have fallen slightly to the wayside. Not to be confused with illegal performance-enhancing drugs and supplements, therapies such as peptides have been proven to give athletes a drastic extra edge in competition. And in an environment where the best are pitted against each other, where athletes have trained diligently for years honing their skills, every little edge makes a difference come game day. When a specific therapy can offer the difference between being faster and stronger than your opponent and legal, why wouldn’t you try it?

Whether you’re a high school or college athlete, someone past their physical prime, and looking to restore performance or just someone who feels like they could use something extra in conjunction with all the hard work and effort spent training; then peptide therapy is the answer for you. Peptide therapy boasts a plethora of benefits for athletes and is guaranteed to increase endurance, strength, lean muscle production, and more.

Firstly, we shouldn’t confuse peptides with proteins. While both are comprised of amino acids, a peptide is an even smaller chain of amino acids. We find peptides throughout our daily life found in the various foods we consume. Peptides, given their smaller size, are more easily broken down than proteins and more readily absorbable into the bloodstream. These short chains of amino acids have been one of the latest focuses in medicine as scientists design peptides that stimulate and communicate with hormones — critical chemical messengers that instruct bodily processes like metabolism, rest, repair, etc.

The peptides being utilized with athletes show increased bodily speed, strength, endurance, lean muscle, and reduced signs of aging. By designing and optimizing specific amino acids, only particular receptors for growth hormones are stimulated, which allows for these plethoras of effects.

The Science Behind Peptides Making a Better Athlete

To understand how peptides perform the way they do and yield these desirable effects, we have to know a little biology. At the base of the brain exist the Pituitary Gland. This gland acts explicitly as the control unit for all the hormone glands utilized by the body. When you have a fight-or-flight response, the adrenaline you feel, as a result of your adrenal glands, was instructed by the pituitary to the adrenal gland to secrete adrenaline.

To maintain a functioning balance of hormones throughout the body, the pituitary regularly sends signals (hormones) into the circulatory system where the other glands receive the message. As a result, whichever organ or gland that the pituitary designated the signal to stimulates or halts the release of its specific hormone production.

HGH or human growth hormone is a vital hormone produced by the pituitary gland. Without HGH, our body would fail to regulate growth and repair processes, digestion, and insulin levels. This hormone that peptides act upon stimulates the effects of increased strength, speed, and endurance.

Now, what triggers the pituitary to release HGH. Despite being the hormone powerhouse, another region of the brain works in conjunction with the pituitary: the hypothalamus. The hypothalamus gauges the level of growth hormone in the body, and when more is needed, release GHRH or “growth-hormone-releasing hormone.”

Peptides, given their composition of amino acids, can vary significantly in purpose. Each amino acid chain creates a peptide that will best react to specific hormone receptors in the body. Through designing particular chains of amino acids, scientists can develop peptides that directly act and bind to the hypothalamus. When these peptides are consumed and bound, the hypothalamus becomes convinced the body now needs more GHRH. Consequently, more GHRH is produced, which has a cascading effect. By increasing levels of GHRH in the body, the pituitary gland then believes that more human growth hormone needs to be released.

Returning to HGH, it’s essential to understand that growth hormone, in people of all ages, increases protein production (a necessary building block for muscle growth), promotes fat cells to be used for energy, interferes with insulin activity, and increases blood sugar levels.

Furthermore, growth hormones also raise IGF-1 or insulin-like growth factor-1, which is imperative in the production of lean muscle. Consequently, IGF-1 also plays a key role in signaling the negative feedback loop for HGH production. In layman terms, this translates to when the HGH level is low, the hypothalamus releases GHRH to tell the pituitary gland to increase HGH. When HGH levels get too high, the hypothalamus is made aware and lowers or stops GHRH from activating the pituitary gland.

However, peptides are potent things and, when specifically designed, can be built to avoid the negative feedback loop by binding to the hypothalamus to release more GHRH despite there being already high levels of HGH. Because of the manipulation performed on your body, it’s crucial to always use trusted peptide therapies administered by a trustworthy and knowledgeable practitioner, anti-aging specialist. 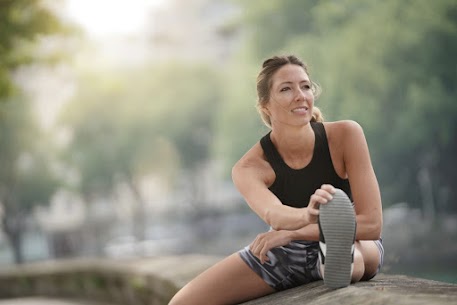 As you can observe, these benefits are direct corollaries to being a better athlete on and off the field. To find out if peptide therapy is right for you, contact