Firstly, to understand cortisol’s effects on the brain, some in-depth understanding of cortisol is required. In it’s most reduced definition, cortisol is our stress hormone. While the name may have negative connotations, cortisol is an integral signaling hormone in our bodies that dictates and governs many of our physiological and psychological responses.

Cortisol receptors that exist in almost every cell of a person’s body receive the released cortisol and use it for various functions. Cortisol is widely associated with our body’s “fight-or-flight response” in the face of threatening situations. During this response, cortisol is utilized to halt other systems like the digestive system to compensate for increased activity in more important systems like respiration and circulation. While cortisol is recognized for its role in “fight-or-flight,” it’s also integral in other important functions like:

It’s evident that it has a more important role than just “a stress hormone.” It’s important to distinguish that while integral to healthy functioning, problems arise when the body has both chronic levels of too little and too much cortisol. Problems, in fact that are detrimental to the health of one’s brain. Read on to learn why cortisol levels need to be managed.

What Chronic Stress is And Likely Culprits For It

As previously mentioned, stress isn’t inherently bad. It allows us to respond accordingly to stressors since our bodies are primed to react. However, stress does take on various forms; some types of stress are short in duration and are the result of a singular event like fighting with a loved one. Then there’s recurring stress typically brought on by dealing with an illness or high-pressure job. It’s when stress is acute and extended for long periods, where it can be classified as chronic.

This type of stress, acute and chronic, is largely harmful as it affects both the body and the brain. As a footnote, cortisol doesn’t distinguish between mental or physical stress; the body lumps both together.

A 2015 study reported that money and work ranked as the top causes of chronic stress. Following right behind was personal health, family members’ health, the economy, and familial responsibilities.

In brief, acute cortisol levels can have the following effects and are usually signs of Cushing Syndrome.

Conversely, too low of cortisol in the body may mean Addison’s disease as classified by:

Not Acute, Not Negligible, But Chronic

While important to explore how varying cortisol levels can have effects on the body, it’s more common for people to suffer from chronic stress than the above conditions. Thus, it’s more salient an issue that deserves expanding upon.

Chronic Stress on the Body

Next, to be explored are the effects of chronic stress and cortisol on the brain, but it’s important to disclose that while the brain is largely affected by cortisol, the body suffers as well. Through chronic stress levels, the body and its cells that are attuning to the continuous exposure of cortisol are strained, which has cascading effects on a person’s systems. Particularly, chronic stress increases the risks of heart disease by amplifying blood pressure. Furthermore, the digestive, reproductive, and excretory systems fail to work properly. For those prone to illnesses or have existing diseases, chronic stress can exacerbate conditions since the immune system suffers from overexposure of cortisol.

Often, people turn to bad habits to cope with stress like smoking or drinking, which can have detrimental effects if habitually used.

Chronic Stress on the Brain

Neuroscientists have intensively studied the effects that cortisol has on the brain and have deemed that chronic stress not only damages the brain but reshapes it in ways that predispose the brain later on in life to diseases like Alzheimer’s and Dementia.

When we experience chronic stress, the body has created too much cortisol than it can utilize and release. High levels of cortisol are found to deteriorate the brain’s cognitive functions. From several studies, chronic stress was demonstrated to have many harmful effects on brain functioning; these effects entail disruption to neuronal synapse regulations, which means consequences towards sociability and an aversion to social interactions, the death of brain cells, and the shrinking of the brain as examined with the prefrontal cortex. Consequently, alterations to the prefrontal cortex affect both memory and learning. In a study of more than 2,000 people in their 40s, those with high cortisol in their blood struggled more with tests of organization, memory, attention, and visual perception.

Inversely, as the prefrontal cortex is subject to shrinking, the amygdala can grow too big. In a positive feedback loop, an enlarged amygdala means greater receptiveness to stress, which means the brain becomes even more sensitive than before, allowing for increasingly greater harm to accumulate.

As we get older, we become more receptive to stress as a lifelong exposure to stress has affected the brain’s neuroplasticity. In layman’s terms, neuronal networks rewire and reorganize, effectively changing the brain chemistry. The consequence of neuronal networks rewiring is the aforementioned positive feedback loop making us more prone to the harmful effects of stress. 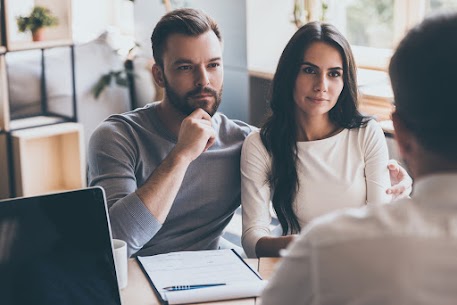 Stress is a common occurrence in life, and it’s important to remember that it’s not wholly bad. It helps us accomplish tasks, keeps us motivated and focused, and doesn’t allow us to become complacent. But as they say, “everything in moderation.”

If you’re concerned that you may be shouldering a lot of stress in your life and believe it can be accredited to more than just a bad week at work or home, then consult us at Vitality Aesthetic & Regenerative Medicine. Our expert can assess the best course of action to treat your chronic stress. Learn More at https://VARMedicine.com