Symptoms of Chronic Fatigue and the Role of Thyroid Hormones Symptoms of Chronic Fatigue and the Role of Thyroid Hormones

What’s the future of CFS Diagnosis?

The adage, “You don’t know what you have until it’s gone” is very much a tried and true tidbit of knowledge. This phrase teaches us not to take what we have, or are capable of, for granted. Unfortunately, despite the universal renown of this expression, people still fail to heed this wisdom.

Our physical health is often something many people overlook and neglect; as we get older, we begin to realize we don’t have the spry energy our 20-year-old selves once had. It becomes paramount with age to prioritize behaviors that preserve physical wellbeing, such as eating healthy, sleeping, exercising, and curbing temptations. By not taking your health for granted by following proactive measures, you ensure a better quality of living. Now, what happens when you’re an unassuming healthy individual who doesn’t take your health for granted but begins to find that despite eating well and getting enough sleep, you’re feeling down and lethargic all the time. Despite clean living and taking care of yourself, you begin to find that you no longer have the energy to do the things that once made you, you. No matter how much rest you get, you awake to feel as worse or more tired than before. If this unshakeable fatigue resonates with you, then maybe it’s time to consider that, like the estimated 17-24 million people worldwide, you’re yet another statistic for a condition called Chronic Fatigue Syndrome.

What is Chronic Fatigue Syndrome

As the name suggests, CFS is a persisting condition characterized by extreme fatigue, impaired functionality, and sleep disturbances. These symptoms don’t improve over time, nor are they helped by rest. Furthermore, patients report difficulty with concentration and memory loss, headaches, and extreme prolonged exhaustion after either physical or mental exercise. Other notable signs include enlarged lymph nodes in the neck and armpit regions, a persistent sore throat (stemming from swollen nodes), and unexplained muscle and joint pain.

It’s especially easy to disregard many of these symptoms as just a consequence of growing older. A majority of those afflicted with CFS are people in their 40’s and 50’s who may be prone to misinterpret lethargy and fatigue as synonymous with older age. Additionally, with the given stats for CFS, more women than men report developing this condition. Disregarding whether you are male or female, this condition poses a serious threat to anyone’s wellbeing; constant fatigue and lethargy contribute primarily to the following: work reprimandations, feelings of social isolation, lifestyle restrictions, and depression.

As debilitating and severe a condition as CFS is, it remains relatively misunderstood by medical science. While there remains no definitive root cause to CFS, promising research and speculation by top medical minds point to CFS being linked to lowered levels of essential thyroid hormones circulated in the body. 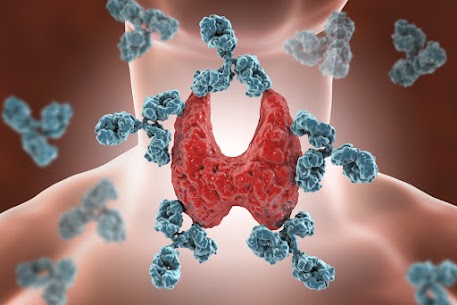 These claims of chronic fatigue syndrome being related to thyroid issues stem from the apparent similarities between symptoms shared with hypothyroidism (a condition distinguished by an underactive thyroid). There exist a significant overlap in symptoms between both conditions. The critical distinction that doctors have recognized in their studies is that patients with hyperthyroidism have an increased amount of thyroid-stimulating hormone to compensate for their underperforming thyroid. In patients with CFS, there fails to be any compensation performed by the thyroid.

Studies have noted an intriguing discovery regarding key hormonal differences between the two conditions. Whereas hypothyroidism patients have a certain quantity of a T3 hormone, CFS patients’ biological pathways reveal a conversion of T4 hormones into rT3 or ‘reverse T3’ instead of into ‘T3 hormones’. In layman’s term, the takeaway is that scientists are discovering important thyroid-hormone inadequacies. By knowing the shortcomings of the thyroid’s biological pathway in CFS patients, the more equipped doctors are becoming at creating a solution.

In the meanwhile, hormone replacement therapies are the best band-aids in keeping CFS under control as medical science advances. Given the complexities and nature of chronic fatigue syndrome, it’s ever more critical not to take your health for granted. If it feels as though you may be developing the onset of CFS, then be proactive with your health. It’s better to take the initiative than find yourself retroactively trying to treat CFS while recollecting about and wishing you could do all the things you once took for granted.

If you re experiencing symptoms that mimic CFS then it may be time to delve deeper into a full thyroid workup. Vitality Aesthetic and Regenerative Medicine can review your medical history and symptoms and order the appropriate lab work necessary to determine if your symptoms are hormone-related. Visit us at Varmedicine.com today to find the help you need.