What are the 4 Stages of Adrenal Fatigue with Symptoms list? What are the 4 Stages of Adrenal Fatigue with Symptoms list?

The Four Stages of Adrenal Fatigue

Waking up feeling tired and irritable may be the norm for most people. However, while it may seem normal to you, especially after working for long hours or handling several responsibilities, it may be a sign of an impending medical problem, specifically adrenal fatigue. This term describes a collection of general symptoms, such as fatigue, body aches, digestive problems, and sleep disturbance.

Common symptoms of adrenal fatigue include:

That said, the term adrenal fatigue describes a situation where the adrenal gland has been overworked, leading to inadequate production of one or more hormones. Adrenal fatigue occurs in phases as follows;

The first phase of adrenal fatigue is the alarm phase, which is a normal and natural response to external stressors. The alarm stage is important as it stimulates the adrenal gland to produce small amounts of stress hormones, such as insulin, adrenaline, norepinephrine, and cortisol, which are the body’s chemical messengers during stress. This leads to alertness, arousal, focus, and quick decision-making ability.

After responding to the external stressor, the body should naturally calm down to rest. However, repetitive actions may disrupt this normal and natural cycle. For instance, taking caffeine to keep you alert hijacks normal signals for relaxation and sleep in the body. As such, while you will remain awake, your performance won’t be at its peak. Being the first stage of adrenal fatigue, symptoms aren’t virtually noticeable. However, you can feel slightly tired.

The second phase, resistance, is the body’s way of informing you naturally that you should slow down. During this phase, adrenal glands steadily but noticeably start slowing down. Your adrenal glands won’t produce enough stress hormones to meet the increasing demands by the end of this phase.

Due to reduced production of stress hormones, you may experience the following symptoms;

Your body progresses to the third stage, adrenal exhaustion when there is a significant drop in cortisol production. Unfortunately, your body is still stressed, and you have a profound feeling that your body doesn’t have enough cortisol to keep you alert and focused. By this stage, your adrenal gland is overworked and starts going through episodes of crashes.

As such, you will experience periods of highs and lows during the day, with a fog of extreme tiredness dominating your health. If you rest at this stage, feeling refreshed takes longer and everything, ranging from digestion to libido, slows down.

The term burnout describes how your body behaves at this stage. The burnout phase of adrenal fatigue comes with several coexisting body dysfunctions. Besides producing stress hormones, the adrenal gland also supports many other body processes. Therefore, a significant drop in adrenal functionality leads to many other psychological issues, which affect the nervous and reproductive systems.

Key symptoms of burnout stage include; 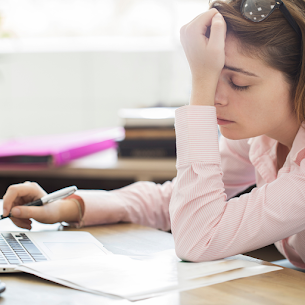 Unfortunately, most people discover that they are suffering from adrenal fatigue at this stage after treating individual symptoms without recovering.

Recovering from adrenal fatigue requires a holistic approach. While symptoms vary from one person to another, reducing stress and observing a proper adrenal fatigue protocol are important recovery measures. Conventional drugs may alleviate specific symptoms but are not the primary cause. It is important to evaluate adrenal function through proper testing and treat accordingly. To find out more about adrenal testing please contact Vitality Aesthetic & Regenerative Medicine today www.VARmedicine.com